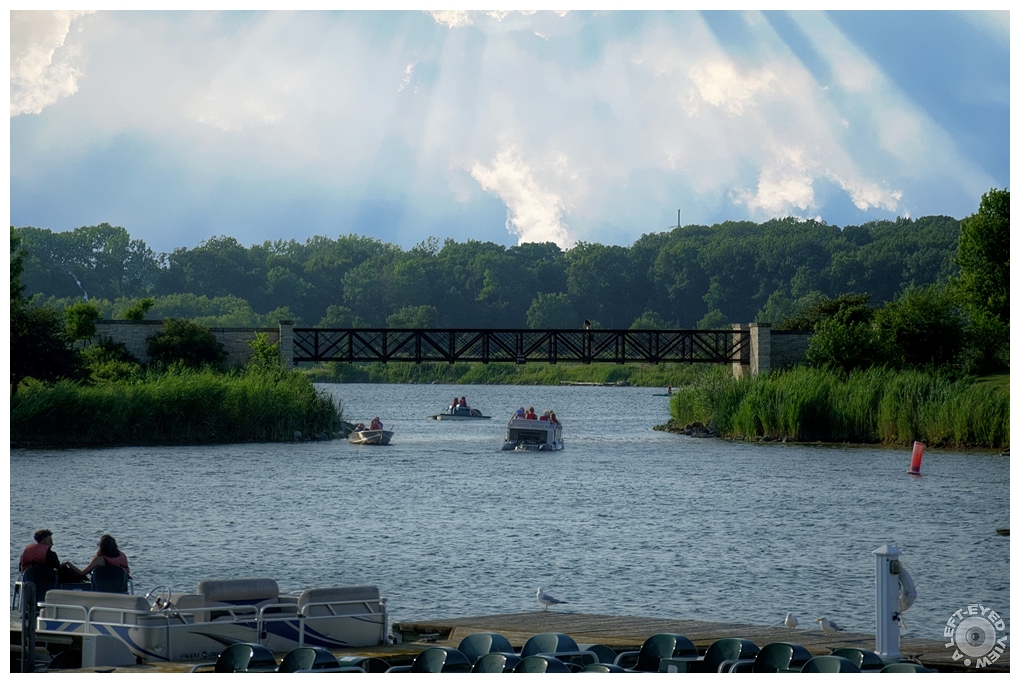 Posted by Steven (Chicagoland, United States) on 17 September 2019 in Landscape & Rural and Portfolio.

Centered around a 115-acre lake, this preserve offers a variety of opportunities for outdoor recreation and nature education. Surrounding prairie and woodlands provide a picturesque backdrop for hiking, biking, picnicking and other fun activities.

In the early 1990s, a community advisory committee helped brainstorm ideas and created a master plan that became the blueprint of what Independence Grove is today. The preserve opened to the public in 2001 and has become one of Lake County's most popular recreation destinations.

To create the lake, the quarry was mined of any remaining resources. Large pieces of equipment crushed the gravel, rock and concrete. Miles of conveyor belts throughout the bottom of the pit moved materials from one area to another. Mining royalties were put in a special fund to help pay for reclaiming the site for public use. Later, millions of cubic yards of clean fill were brought in to create about 60 acres of land. Since the walls of the old quarry were straight and steep, shelves were made along the edge to create a safer shoreline for wildlife habitat, and deter erosion. Thousands of trees and shrubs were planted.

One of the biggest challenges was creating a habitat for fish out of a sterile lake with no vegetation. Trees, fish cribs and concrete pipes were placed along the lake bottom before the water was allowed to rise.

Lovely and serene landscape. Thank you so much to the note.

It has been a tremendous job. The end result looks great

The Goddess sends her beneficial rays on all. Nicely captured

A great sky over this scene Steven. Great capture.

Love the wonderful image.... and thank you for that lovely image !!!

A magnificent landscape. And the atmosphere seems so clean!

that sky is magnificent

Looks like a fine outcome of this huge undertaking. It's beautiful.

A beautiful place and a fabulous photo composition.
A interesting story, thank you for the explanation.

The rays through the clouds are simply breath-taking.

It is always so nice when something is put to a different use. This old quarry site makes a beautiful lake and wonderful recreation area.

What a fantastic place - and this image is just wonderful - you captured those Crepuscular Rays so beautifully!

I love how you've captured the light streaming down over the scene.

Although man knows how to destroy with great ease, sometimes also has the ability to build wisely and in appreciation of nature.
Lovely place.