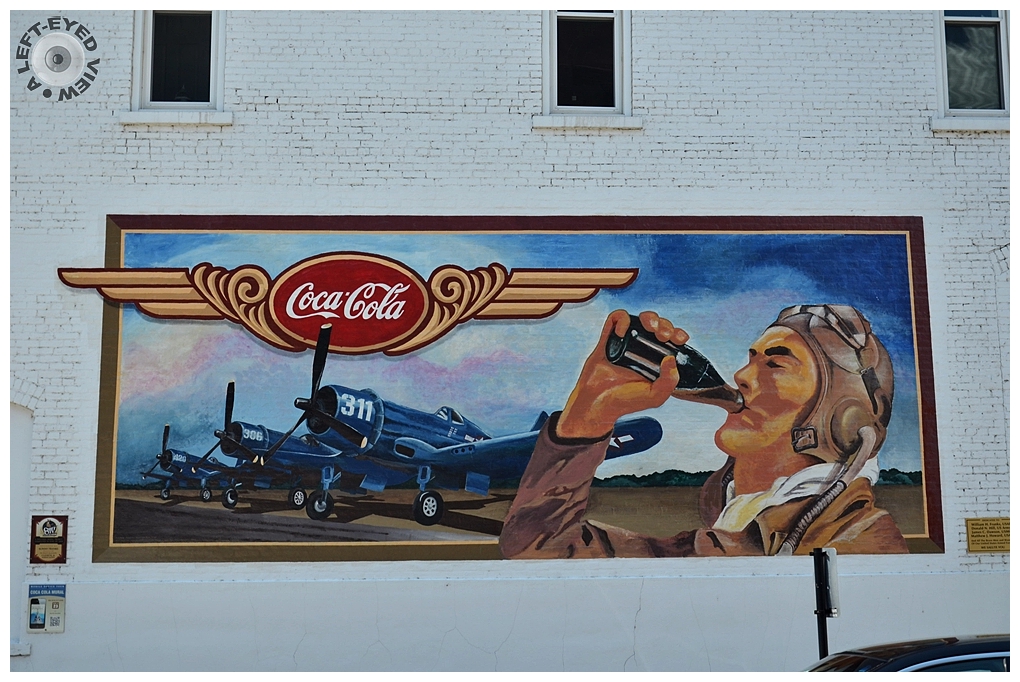 Posted by Steven (Chicagoland, United States) on 24 September 2019 in Lifestyle & Culture and Portfolio.

A Coca-Cola advertisement, painted in the 1920s, was once located in the exact location as this new mural in Pontiac, Illinois. The World War II corsairs featured in this mural were the type of planes flown by the artist's father. Along with the Coca-Cola depiction, the artist wanted to include a tribute to the nearby Livingston County War Museum and all of the veterans who have served the United States in the military forces. The artist for this mural was Sonny Franks, who lives near Atlanta, Georgia.

Thus, the painting has historical value. Coca cola came to Finland as far as I remember in 1952, but it took almost a decade before I could taste it.

Very impressive . . and interesting commentary, too.

Very nice and well captured by you. Almost tempts me to drink one....but not quite :)

A great advert and so well painted. A superb find Steven. 5*

I love this...more so after you told the history.

Thank you for the background information. Beautiful clarity in this image. I like the strong color.

Interesting explanation for a nice poster...

Quite an heroic mural with the WW II theme. It reminds me of murals I saw, as a kid, in an old WW II air station used to train navy aviators. It makes wonder if they still exist.

What a great mural. It is a wonderful piece of art and it really takes you back in time!

a lovely recreated classic. you caught the bright colors and underlying texture nicely

Great wall art for sure. And tasty.

nice seen, this kind of ads is really art, wow.

Wow, incredible how a brand can last that long.

How it all began...
If it wasn't the war, probably many of the brands would not have the strength they have today.

A very very impressive image..and thank you for the information too!