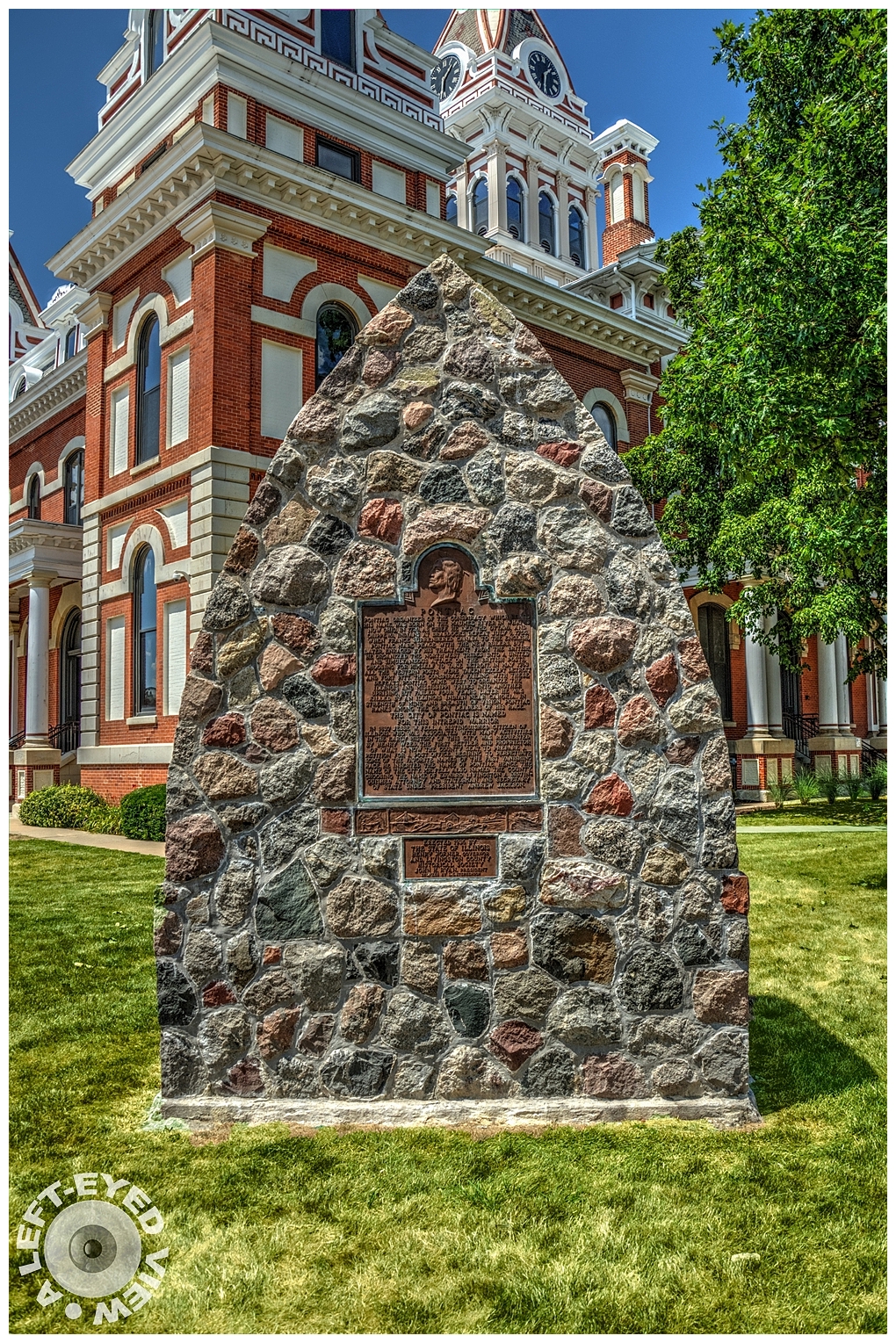 Posted by Steven (Chicagoland, United States) on 30 September 2019 in Lifestyle & Culture and Portfolio.

A monument stone paying homage to Pontiac, with verbiage that states,

"Pontiac, organizer of the conspiracy which bears his name, was born on the Maumee River in what is now Ohio, in 1720. As Chief, he led the Ottawa and Chippewa Indians at Braddocks Defeat July 9, 1755. When France surrendered Canada to the English, Pontiac made peace with the new rulers. But later, enraged by his treatment from the British, he organized the northwest tribes into a united and simultaneous attack on the British posts, choosing for himself to take Detroit. In May 1763, all the western posts were taken except Detroit and Fort Pitt. The conspiracy failing with these defeats, Pontiac came west to organize the Illinois and Mississippi tribes into another uprising, but failed. Four years later, he was killed by an Illinois Indian near Cahokia. In strength of mind and breadth of vision, Pontiac ranks among the great leaders of his race.

The City of Pontiac is named for this intrepid warrior.

In 1837, Jesse W. Fell, a distinguished citizen of Illinois, who was associated with many activities in the early history of this city, was requested by Henry Weed, the first settler and proprietor of what is now the County Seat, to prepare a petition for a post office. Desiring to perpetuate some of the favorite names of the fast vanishing race, he inserted the name Pontiac, hence the name of the city. Mr. Fell also named the county, choosing the name of Edward Livingston, a distinguished attorney and statesman, and Secretary of State under President Andrew Jackson."

What a beautiful memorial, Steven. Makes me proud.

One of the greatest military leaders. He would done even a great career in any European Army as born white citizen here.

Fine history to accompany the stone here . . and ace presentation.

Very interesting and impressive memorial stone.
Thank you for telling this interesting information.

This memorial looks great outside this old building.

Beautifully composed. The light and details are superb.

To never fall into oblivion.

So much to learn about local history there.

A beautiful monument to the Indian leader.

nice view of the memorial and an interesting history lesson

i love the inclusion of the clock tower

That is a beautiful memorial.