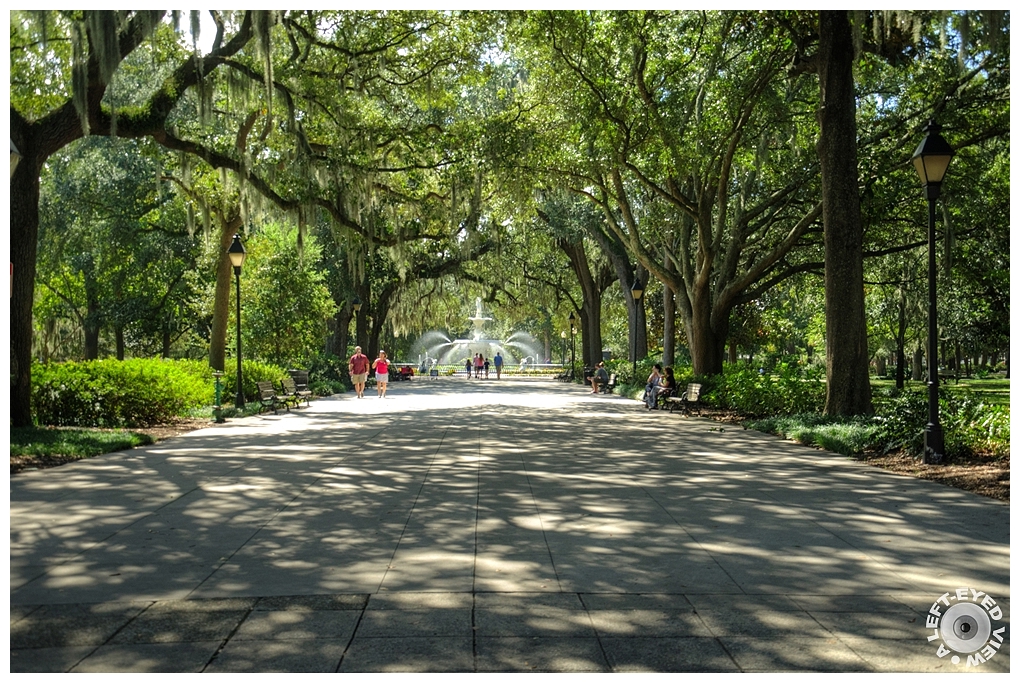 Posted by Steven (Chicagoland, United States) on 4 February 2020 in Landscape & Rural and Portfolio.

In the 1840's, William Brown Hodgson (1801-1871) conceived the idea of setting aside ten acres of wooded land at this site for development of Savannah's first recreational park. It was named for former Georgia Governor John Forsyth (1780-1841). William Bischoff created the original landscape design. In the early 1850's improvements to the park included the removal of some pines for walkways and ornamental plantings, benches, and iron fencing around the perimeter. In 1854, the fountain and radiating walks were added to the north end of the Park. The fountain was modeled after the fountains found in Place de la Concorde in Cuzco, Peru. Originally created as a military parade ground, the twenty-one-acre Park Extension was added in 1867. The dummy forts were built circa 1909 and used for training during World War I.

More photos of Forsyth Park will be ahead.

This park is beautiful and so are the trees. It must be nice to walk under their shadows.

Very inviting . . love that canopy of the trees.

what a beautiful avenue. Lovely capture

Beautiful alley and perspective ! Nice play of light and shadows !

My gaze was successfully guided from the shadow of the trees to the fountain beyond.

wow, so beautiful and the weather looks gorgeous

This is so appealing...makes me want to be there.

A very pleasant place.
The projection of the shadows on the floor is excellent.
Great framing and composition!

A great looking park with a fabulous history.

A beautiful park with a history.
The fountain in the background is beautiful. Seems like a nice place to walk.

This sums up everything good about Savannah. Lovely.

The dappled light and shadows are magical.
But I like the Spanish moss too.

a pretty park with what looks like a fine fountain

This is a gorgeous park. Beautifully photographed with the fountain in the distance. I love the wide walkway and all of the benches. I would love to visit there.

A perfect capture of this boulevard, Steven... The trees make for a nice frame. :)

I love this kind of trees, great scenery.