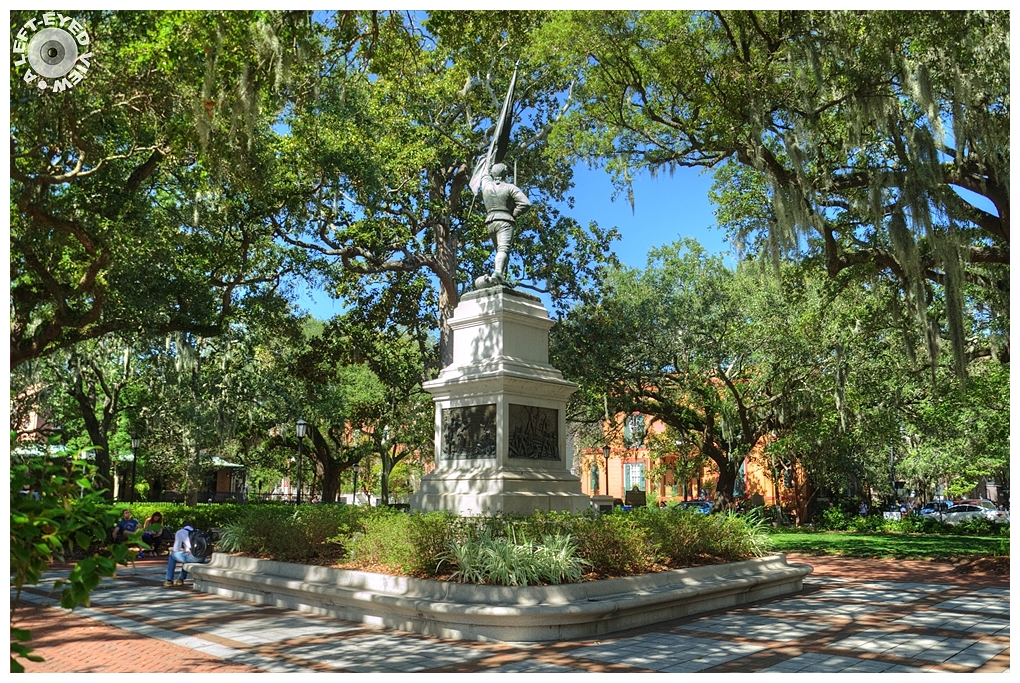 Posted by Steven (Chicagoland, United States) on 27 February 2020 in Landscape & Rural and Portfolio.

Madison Square was laid out in 1837 and named for James Madison, fourth President of the United States. Pictured here, in the center of the square, is a 1888 statue by Alexander Doyle memorializing Sgt. William Jasper. He was a soldier in the Siege of Savannah who, though mortally wounded, heroically recovered his company's banner. Savannahians sometimes refer to this as Jasper Square, in honor of Jasper's statue. Madison Square features a vintage cannon from the Savannah Armory. These now mark the starting points of the first highways in Georgia, the Ogeechee Road leading to Darien and the Augusta Road to Augusta. The square also includes a monument marking the center of the British resistance during the Siege.

A really good image of the square Steven. Excellent color.

There are so many lovely squares and historical monuments in GA!

Such a pretty spot for a statue...and interesting details to go with it.

Beautiful compositionand very interesting and fascinating to learn the History .

a small but historic park. you offer a fine virtual tour of the Georgia city i have only visited for a short day.

I like all of those little squares they have in Savannah.

@B. Thomas: I thought that you would enjoy the statue of William Jasper! ;-)

What I also love about these images, Steven, is what a GORGEOUS day you had for showcasing them for us!

These parc pictures are really nice. Good place to relax and get some historical informations.

All this green surroundings, is really visually attractive.
Lovely square.

A gorgeous square. I would love to just sit there. The statue in the center is beautiful. I love those trees with the moss!

You're doing a terrific job of showing off these wonderful Savannah Monuments! Great photos and info!

It seems a precise if not too imaginative name. The photo is splendid as always!

I am in love with greenery especially when it's paired with blue skies.

love how the sunlight is falling through the trees