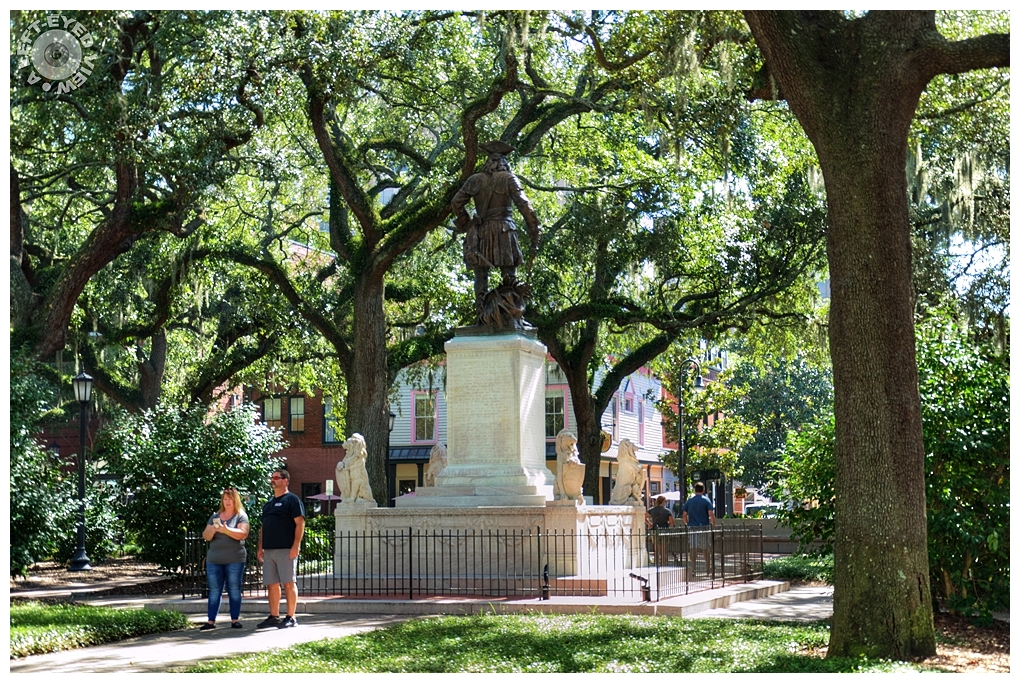 Posted by Steven (Chicagoland, United States) on 10 March 2020 in Landscape & Rural and Portfolio.

Chippewa Square is one of the most known squares in all of Savannah, right in the center of everything. Forrest Gump made Chippewa Square famous with its bench scenes, where Forrest waited for the bus. They actually used at least four fiberglass benches while filming these scenes on the square. One of which was donated to the city and moved into the Savannah History Museum.

But this square dates back long before Forrest visited. The Battle of Chippewa was an important skirmish in the War of 1812. This square took its name from this battle. The centerpiece for this beautiful square is a Statue of General James Oglethorpe, the founder of the colony of Georgia. Sculptor Daniel Chester French designed this nine-foot statue. New York architect Henry Bacon designed the pedestal and base of the monument. Bacon also collaborated with French to create the Lincoln Memorial in Washington D.C.

Beautiful statue and beautiful oaks too. I love this kind of park

Interesting with all this old native Indian names.

Nice explanation of the name of this interesting monument to know when you do not live in the country.
The Forest bench where he stays alone .... like these two tourists who must be delighted to arrive first ... to pose in front of the monument

Lovely light and shadow in this well documented frame

What a lovely place...love the feel of the shot.

A great setting for this statue Steven.

Lovely view and thanks for the history

I love the way you give us the history of the images that you post here.
Lovely image too:)))))

Lovely square.
I marvel at the lush trees.

The history is very detailed and interesting.

A beautiful square that has a lot of history. It looks so warm and inviting.

Very beautiful composition on this square !

I remember this one. I'm enjoying this virtual re-visit to Savannah.

Very nice, Steven - those folks give great scale to the statue!

a historic figure in an historic site

so beautifully surrounded by the trees

Beautiful square and lovely green trees around. A fine shot and interesting information. :)