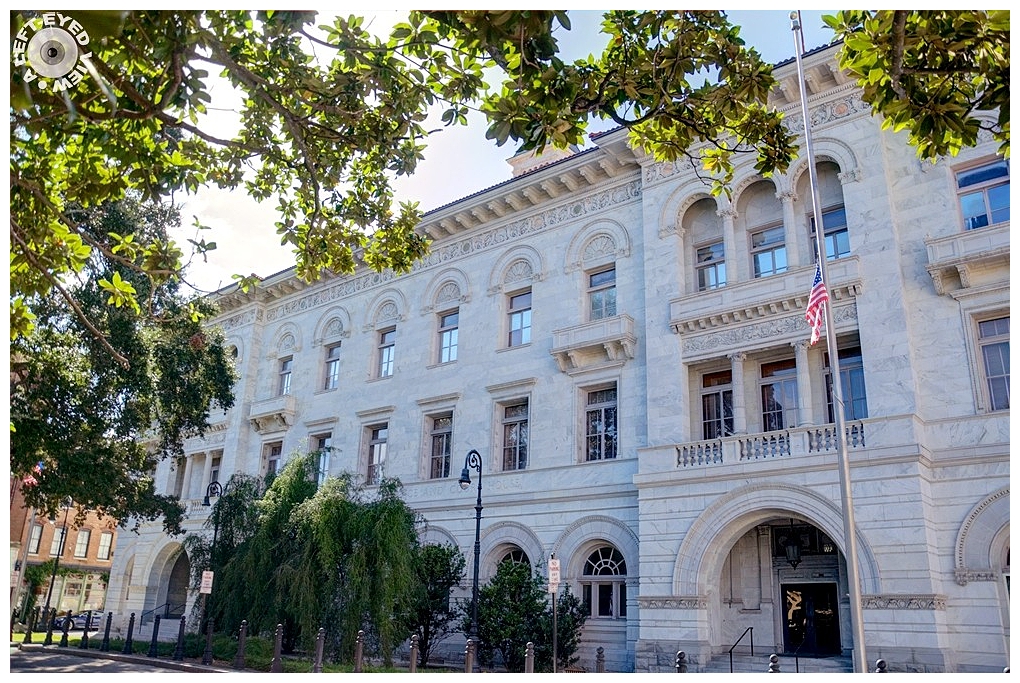 Posted by Steven (Chicagoland, United States) on 17 March 2020 in Architecture and Portfolio.

The Tomochichi Federal Building and United States Courthouse is a courthouse of the United States District Court for the Southern District of Georgia located in Savannah, Georgia. It was built between 1894 and 1899, and substantially enlarged in 1932. The building was listed in the National Register of Historic Places in 1974 as Federal Building and U.S. Courthouse, and was renamed in honor of the Creek Indian leader Tomochichi in 2005.

The building is located on a prominent site within the city's National Historic Landmark District. The building occupies an entire city block bounded by Bull, York, Whitaker, and State streets, adjacent to Wright Square. The building makes an important visual contribution architecturally to the city due to the high quality of its design and materials. Designed in the Second Renaissance Revival style, with richly carved ornamentation, it is one of the most distinguished and imposing buildings of its era in Savannah.

Magnificent building. The courthouse is well sheltered in such a place. I hope it delivers good verdicts. LOL!

what a magnificent building!
I hope Justice is fair there

What a wonderful building.

So impressive in that timeless style . .

What an interesting series this is. You are doing a great promotion job for the Savannah Tourist Board. I'd be very tempted to pop over only Donald Trump won't let me :)

Quite an impressive building.

An impressive building and point of view

A splendid building and a superb framing of it !

It's a beautiful classic style building. And the classic, is always beautiful.

A beautiful image of this building with such a commanding presence.

well, large and square, the beauty is in the details, and white on white, it is a tough subject to turn into a memorable photo, so I am impressed with your results

I like that it was named after an Indian leader. The building must be enormous taking up a full city block. I like the arched entrance.

Such a great angle and great light on this building! Great photo!

it's very beautiful and the grounds are so beautiful as well. i notice the flag is at half-mast.