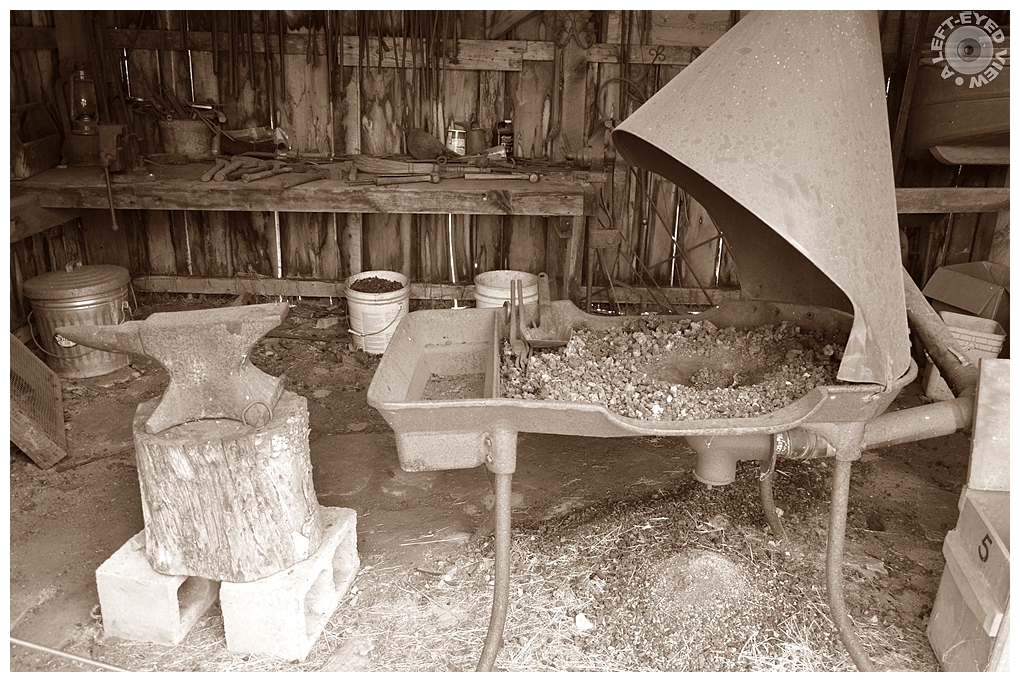 Posted by Steven (Chicagoland, United States) on 1 October 2020 in Business & Industry and Portfolio.

At age 12, Jens Andersen apprenticed to a Danish blacksmith near Horsens, Denmark. Jens and Hansena married in Denmark on April 26, 1874, and sailed for America, with arrival in New York City on May 26, 1874. They arrived on Washington Island on June 1, 1874.

At first he blacksmithed and farmed on the west shore, which was later the site of Camp Pearce for Girls and is now Lehmans' property. Then he and Lars Peter Ottosen swapped farms and Jens lived and ran his business on Main Road where Earl Cornell now lives. In 1896, the Jens Andersens moved across Wisconsin to Withee.

An old blacksmith shop spotted at a farm museum on Washington Island in Door County, Wisconsin.

My uncle, who was a blacksmith, came to mind. As a child, I was curious about his work and he was happy to tell me about it.

nicely done with an evocative treatment

Interesting picture on this old forge!

A fine shot of how they used to make blacksmith's equipment. Any way to make it really hot.

Sepia is perfect for this look back in time.

Superb photo ! It's so impressiv to imagine their travel to America and their installation.

once again you use light sepia to give this an antique mood. this is not criticism of you, but of historic recreation sites: a couple of 5 gallon plastic buckets kind of ruin the mood.

A wonderful scene with so much history. I love the big anvil. It looks like it has been well used over the years.

Don't you just love seeing reenactments like this, Steven! We have seen many of them here in Europe, which I love.

What a fine story by this fine blacksmith interior.

Nowadays, the blacksmith activity is beginning to be in vogue again. With the crisis and now the pandemic, certain crafts are gaining new breath.

I just keep thinking how fortunate we are these days to not have to do such hard labour.