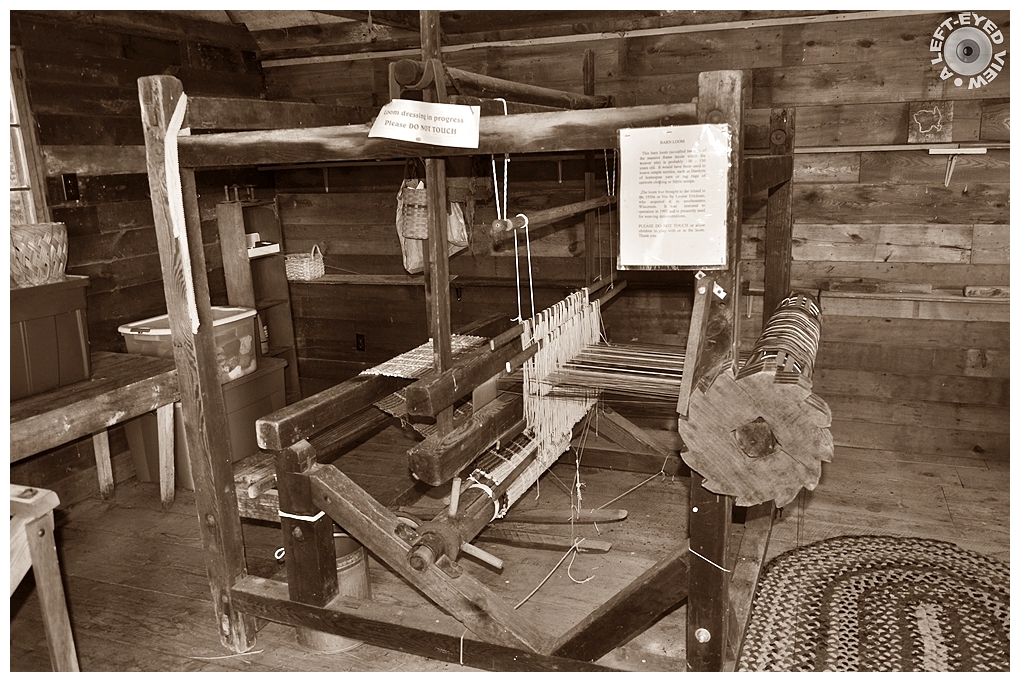 Posted by Steven (Chicagoland, United States) on 5 October 2020 in Business & Industry and Portfolio.

This barn loom (so-called because of the massive frame inside which the weaver sits) is probably 125 years old. It would have been used to weave simple textiles, such as blankets of homespun yarns or rag rugs of outworn clothing or fabric scraps.

This loom was brought to Washington Island in the 1950's by Louise Erickson, who acquired it in southeastern Wisconsin. It was restored to operation in 1993 and is presently used for weaving demonstrations.

Photo captured in the weaving shed at the farm museum on August 17, 2020.

How well constructed it must be to be fully functional today

Very nice treatment for this loom which is not new.

Must have been hard to work these old looms Steven. Excellent capture.

An interesting photo on this old loom!

what a treasure and so good to see it's being preserved

Love the presentation of your photos.
This one is also beautiful with the old loom.

Perfect sepia for this old stuff.

I have always wished I had a place big enough and had a loom! This is a great photo...

What a nice old industrial piece of art

a fine primitive machine - nicely again in your sepia

A wonderful composition. These have always looks so complicated to me. It is fascinating so seem someone using one.

The complex and intricate design still is amazing after all these centuries .

Fantastic, we can not imagine that people worked that way once...

All of this, without the use of electricity or any electronic element.
A real engineering progress.

remarkable. And to think of all the hard work that went into obtaining the yarn before creating a durable blanket for her family

We are so fortunate today to have such labour-saving devices.