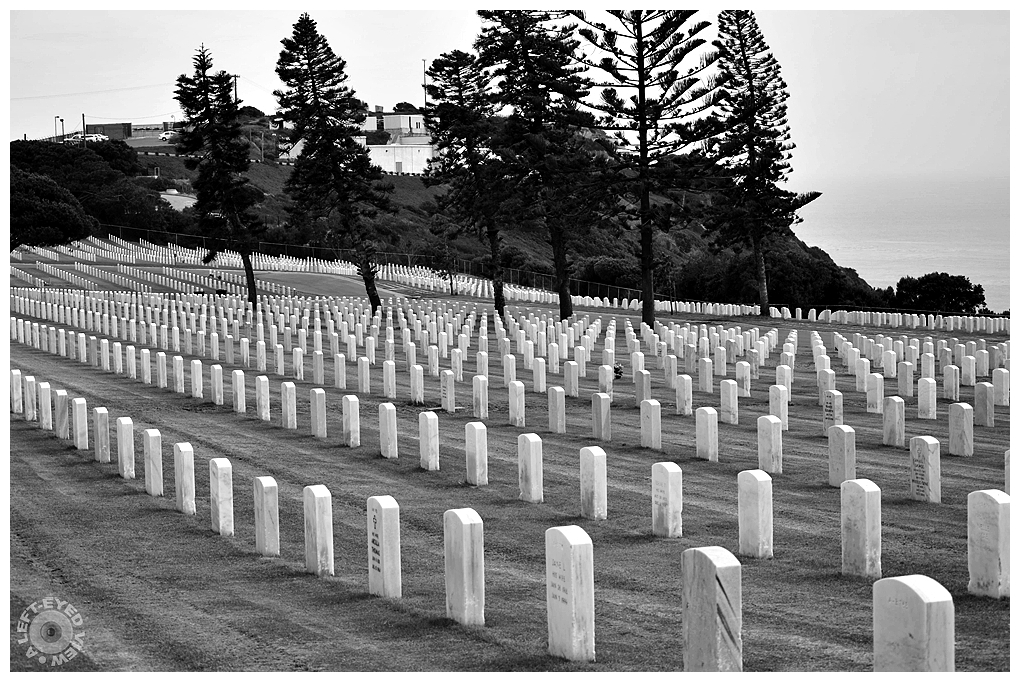 Posted by Steven (Chicagoland, United States) on 11 November 2020 in Landscape & Rural and Portfolio.

World War I – known at the time as “The Great War” - officially ended when the Treaty of Versailles was signed on June 28, 1919, in the Palace of Versailles outside the town of Versailles, France. However, fighting ceased seven months earlier when an armistice, or temporary cessation of hostilities, between the Allied nations and Germany went into effect on the eleventh hour of the eleventh day of the eleventh month. For that reason, November 11, 1918, is generally regarded as the end of “the war to end all wars.”

Fort Rosecrans National Cemetery is situated in the city of San Diego, California, on the Fort Rosecrans Military Reservation. The cemetery is located approximately 10 miles west of downtown San Diego, overlooking the bay and the city. Fort Rosecrans is named after William Starke Rosecrans, a Union general in the American Civil War.

A very sobering picture of such great waste, Steven

Respect for all the disappeared

I lived in San Diego for 7 years in the 70s, Steven, and only saw this cemetery from afar. I wish now that I had visited it in person. Happy Veteran's Day.

It would be great if seeing these cemeteries would help us avoid setting up new ones by preventing wars. It doesn’t seem to work because too many people think war is the only solution

An amazing but sad reminder of the casualties of war.

what a wonderful sculptural perspective on this daunting number of gravestones. The B/W suits it perfectly

Impressive all these white graves!

Yes, all those veterans who gave their lives for us.
So impressive is this cemetery

A very apt tribute to these great souls Steven :) Thank you :)

Impressive and great graphic picture.
All these people gave their lives.
That should never be forgotten.

For more wars that end, soon after others begin.
As long as countries spend more money on the war industry than on education, wars will never end.

Very impressive and moving place ! A beautiful BW and framing for a kind tribute.

I got to visit this cemetery a few years ago. it is really beautiful on the hills above the sea. Perfect shot for Veterans Day today.

What a view...it does really make one stop and think.

A fine shot to commerate this date.

A beautiful and somber image that reminds us of the cost of war.

A beautiful image. A solemn and great tribute. :)

what a moving scene.