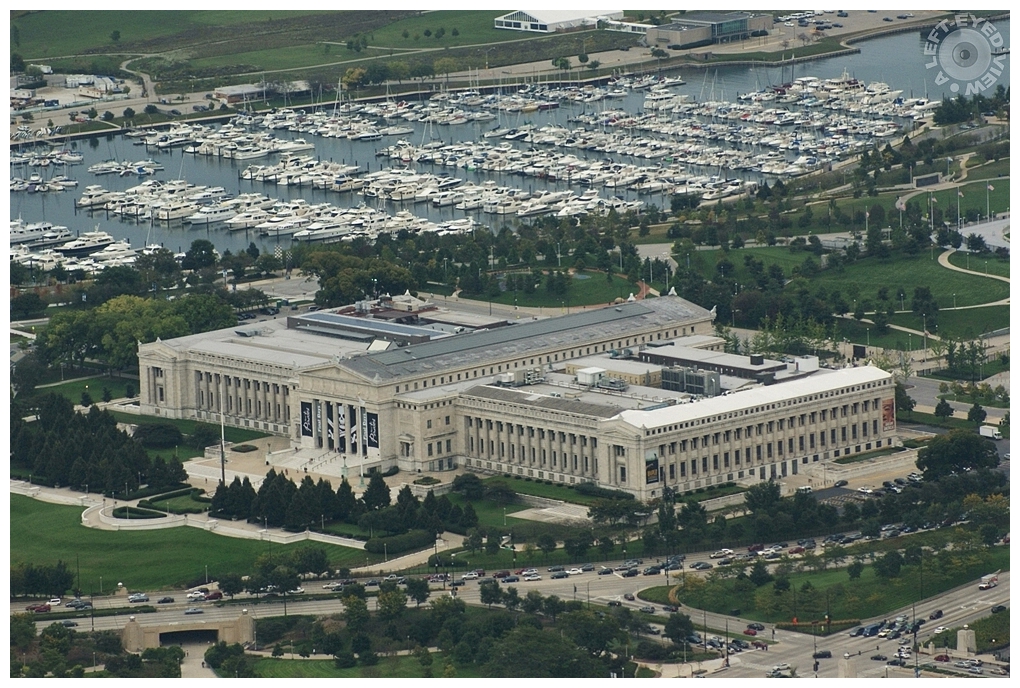 Posted by Steven (Chicagoland, United States) on 14 April 2021 in Cityscape & Urban and Portfolio.

The Field Museum was incorporated in the State of Illinois on September 16, 1893 as the Columbian Museum of Chicago with its purpose the "accumulation and dissemination of knowledge, and the preservation and exhibition of artifacts illustrating art, archaeology, science and history." The museum was originally housed in the World's Columbian Exposition's Palace of Fine Arts, which was rebuilt to house the Museum of Science and Industry. In 1905, the museum's name was changed to Field Museum of Natural History to honor the museum's first major benefactor, Marshall Field, and to better reflect its focus on the natural sciences. In 1921, the museum moved from its original location to its present site on Chicago Park District property near downtown, where it is part of the lakefront Museum Campus that includes the John G. Shedd Aquarium and the Adler Planetarium.

View of the Field Museum from the Skydeck of the Sears Tower. View is looking southeast. The road right in front of the Museum is Lake Shore Drive.

And look at the harbor in the background! WOW. I'm most impressed, Steven. Even though I lived in Chicago for a year back when I was 20, I didn't get around to see things. Sad but true.

There is no time to visit that museum in one day.

A magnificent building in a great setting.

Looks magnificent . Yes iy will take a tleast three days to see this.
Thank you for the history:)))

It would take weeks to look at all the collections, Steven - it is huge!

This museum seems enormous, the building is very imposing in any case and must shelter wonders...
https://labretagneselonmoncoeur.wordpress.com/

It is very strange this skull under the entrance!

@Gérard Flayol: The museum had an exhibit on pirates at the time. This photo dates back to 2009 when the movie franchise, "Pirates of the Caribbean" was popular.

Thst would be an interesting place to visit.

A friend of mine was there. He was very impressed.

AN impressive point of view

wow, you must have been hanging from a sky hook to capture this

An excellent image of the huge, beautiful building. It's on some prime land next to the water.

It seems colossal! Impressive. And enjoyed reading the history of the building as it stands now.

Fantastic point of view, a nice and interesting view and photo.

That is a super shot and that huge building is so impressive just by its sheer scale.

wonderful viewpoint of this classic architecture. I have not been there for decades but have fond memories.

Amazing shot with so much to see.

A beautiful view of the museum and the marina in the distance. That is a huge building. I can just imagine the treasures that it must hold. It would be a wonderful place to visit.

A great building and a vast colection of boats,

So many boats, so much money.
The building is pretty nice!

The museum has a lot of space.
It's good to see that the culture, also has a vast space to use and it is not only sport, since generally sport is privileged with large arenas.