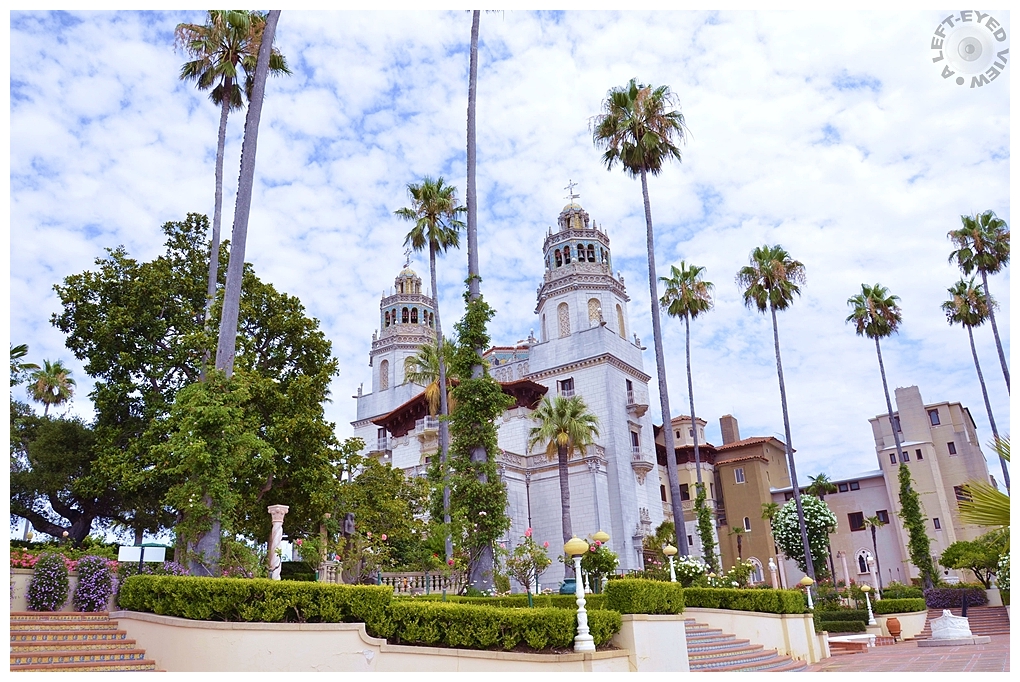 Posted by Steven (Chicagoland, United States) on 15 April 2021 in Architecture and Portfolio.

Hearst Castle is a National and California Historical Landmark mansion located on the Central Coast of California, United States. It was designed by architect Julia Morgan between 1919 and 1947 for newspaper magnate William Randolph Hearst, who died in 1951. In 1957, the Hearst Corporation donated the property to the state of California. Since that time it has been maintained as a state historic park where the estate, and its considerable collection of art and antiques, is open for public tours. Despite its location far from any urban center, the site attracts about one million visitors per year.
Hearst formally named the estate "La Cuesta Encantada" ("The Enchanted Hill"), but usually called it "the ranch". Hearst Castle and grounds are also sometimes referred to as "San Simeon" without distinguishing between the Hearst property and the adjacent unincorporated area of the same name.

Great framing and angle and nice architecture. I always appreciate your explanatory notes which teach me a lot about this beautiful country of yours
https://laphotoselonmoncoeur.wordpress.com

Stunning mansion. The family's story was sad. I remember the daughter of a family joining a radical group and her life ended in unfortunate signs.

It certainly has that Spanish architectural feel. An excellent capture with the strong verticals from the building and the palms

Wow, what a gorgeous framing! I love the width of this photo. Also, this feeling of height is incredible.
Amazing how you brought this image to life!
5*

WHat a striking point of view

The tall palms and the lovely architecture gel so well!
Thank you for the note :))))
Amazing shot !

Gorgeous building. I like the palms in front, they make that shot very vibrant!

A grand image of this grand estate. Years ago, my wife, son, and I visited the castle and took many of the tours. They had a night tour, on Saturday as I recall, where the locals dressed up in period clothing and had a re-enactment of a cocktail party. Very cool.

Nothing to complain about for William Randolph Hearst in this house by architect Julia Morgan.
You have it beautifully photographed.

Wow...Splendid composition ! What a castle ...!

I've read much about this, but never realized it's stately magnificence!! Which you show us with perfection.

Very lovely shot. I remember a visit to this impressive place.

A gorgeous image. This is just so beautiful. I visited there a long time ago. It was quite amazing.

that's a lot to aqueeze into one photo, and you nearly made it!

The building looks quite impressive indeed. I have heard of it previosuly so it is good to see it on a photo as well. Good wide angle perspective.

That is really interesting building. Hearst needed to prove that he was rich?

You have made it look like a fairy-tale palace, Steven

Oh, my. Hearst Castle. I hadn't thought about that for eons (I lived in California for 12 years back in the 70s-80s). You've just peaked my interest to find out what's happened to Patty Hearst.

I think it looks more like a church than a castle.
:-)
The surroundings, with this garden, are charming.

Super to see this castle, from a fameus family

I've definitely heard of it but have never seen photos of it. I can see why people would be curious to go see it.

Well, the name seems fitting. It does look an enchanting place indeed.