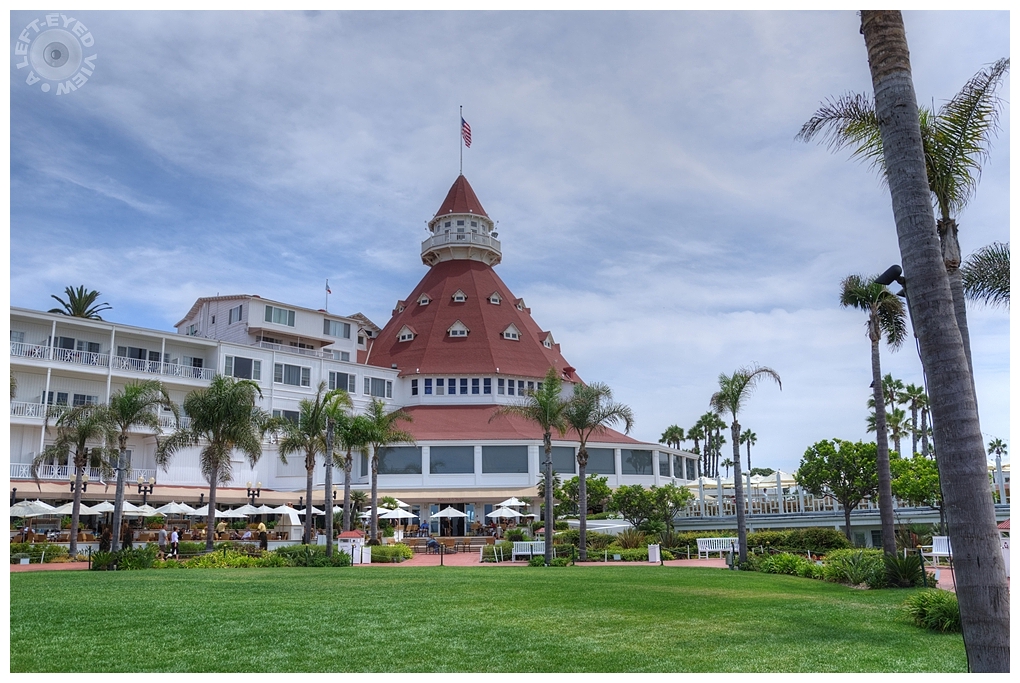 Posted by Steven (Chicagoland, United States) on 19 April 2021 in Architecture and Portfolio.

Hotel del Coronado (also known as The Del and Hotel Del to the locals) is a beachfront luxury hotel in the city of Coronado, just across the San Diego Bay from San Diego, California. It is one of the last remaining examples from the Queen Anne Revival period, and certainly the finest. It is one of the oldest and largest all-wooden buildings in California, built entirely from lumber shipped in from the Pacific Northwest. And it was designated a National Historic Landmark in 1977, and is a designated California Historical Landmark.

When it opened in 1888, it was the largest resort hotel in the world. It has hosted presidents, royalty, and celebrities through the years. The hotel has been featured in numerous movies and books.

The second I saw this, Steven, I said to myself, "I've been there" but couldn't place it until I read your text. I even have a sweatshirt from there. :) What a beautifully photographed landmark.

You do show some superb buildings, Steven - keep them coming!

The tower is superb. Beautifully captured

I would love to see this...hope I can remember to Google later.

This is an excellent hotel so I can see ;-0

This photo made my happy. I got to stay there a few days in Nov. 2014. It is a really wonderful old historic hotel right on the beach. It was great for sunset photos.

It is just beautiful. I love the design which is so unusual. It has a remarkable history. I am glad that it has been so well cared for.

It certainly is a beautiful building. Very nicely shot, Steven.

Ostensive.
Imposing.
Charming.
Cozy.
From the pictures I saw, these are some of the adjectives I can say to characterize this hotel.

It does look a fancy spot.