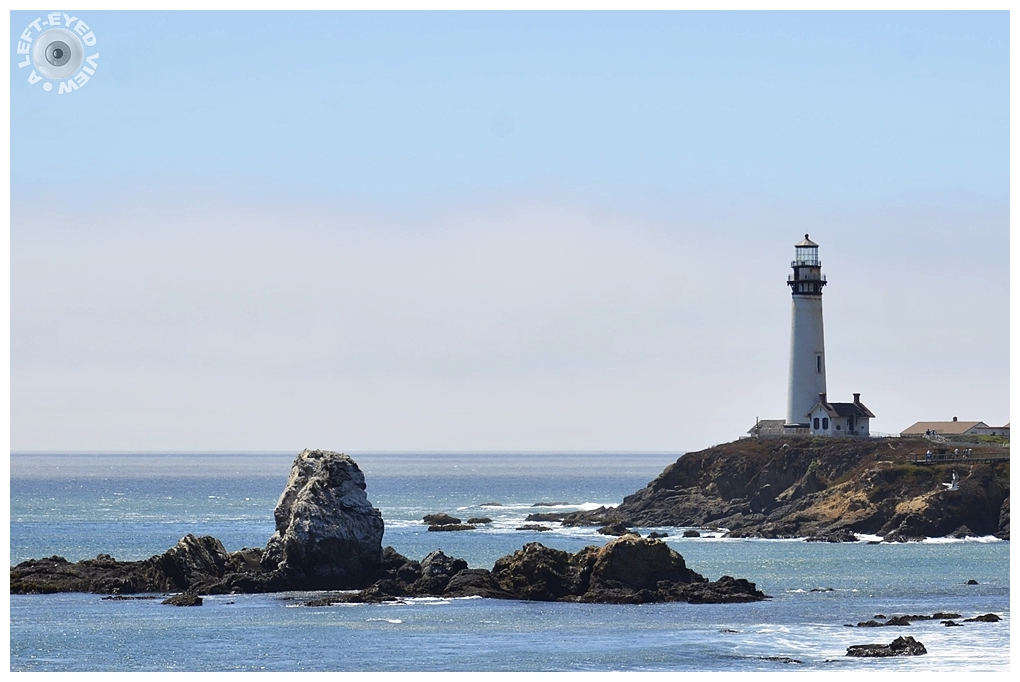 Posted by Steven (Chicagoland, United States) on 21 April 2021 in Landscape & Rural and Portfolio.

Pigeon Point Lighthouse is a lighthouse built in 1871 to guide ships on the Pacific coast of California. It is the tallest lighthouse (tied with Point Arena Light) on the West Coast of the United States. It is still an active Coast Guard aid to navigation. Pigeon Point Light Station is located on the coastal highway (State Route 1), 5 miles south of Pescadero, California, between Santa Cruz and San Francisco. The 115-foot white masonry tower resembles the typical New England structure. Because of its location and ready access from the main highway, Pigeon Point entertains a large number of public visitors.
The lighthouse and the land around have been preserved as Pigeon Point Light Station State Historic Park, a California state park. The lighthouse is also designated as a California Historical Landmark.

Pigeon Point Lighthouse is one of the most picturesque lighthouses on the Pacific coast. The tower stands on a rocky promontory and has long been a landmark for ships approaching San Francisco Bay from the south. This headland, and hence the lighthouse, took its name from the ship Carrier Pigeon that wrecked here in 1853.

The lantern room of the tower is no longer equipped with the original first-order, 1000-watt Fresnel lens. No longer illuminated for demonstration purposes, the lens has 24 flash panels, is composed of 1008 hand-polished lenses and prisms and is capable of producing over 500,000 candlepower illumination. It was manufactured by the Henry-LePaute company in Paris, France and was first lit at Pigeon Point at sunset on November 15, 1872.

Thank you. Again, interesting background information on the subject of the image.

The tallest light house on the West Coast is really saying something, Steven. She's a beauty.

Very nice seascape. I like the tiny house at the bottom of the lighthouse

What a fine view on the lightbouse and interesting story

WHat a beautiful scene. Love that rocky coastline

Like a horizon drawn with a ruler. A fascinating view that one could watch for hours. A wonderful shot!

wonderful capture and thank you for the history.That rock does look like a pair of stunted pigeons!!!!

So calmly serene. I wish I lived there.

A fine picture of the light house. Interestng background.

This lighthouse in a beautiful chosen composition photographed.

A lovely image of this classic lighthouse. Some dangerous looking rocks in the water around it.

Beautiful image with wonderful composition. I saw this years ago.

Nicely balanced using the lighthouse and the rock. An excellent shot.

lovely framing of the historic lighthouse and the ocean rocks

A beautiful composition. I remember seeing this lighthouse years ago and how beautiful it was. The coast along that part of CA is rough and I am sure that this lighthouse was a welcome light for boats. It has a long history. Beautifully photographed.

I recognized it right away

Fine coastal composition with the lighthouse appropriately prominent in the frame.

Other than a tiny one here on the west coast, I've never been close to any lighthouse but have always been incredibly intrigued by them and the people who used to live there. This is a frame-able photograph.

It is a sleeping giant.
Wonderful capture with perfect ratio between sky and land/sea.

How I long to be by the sea.