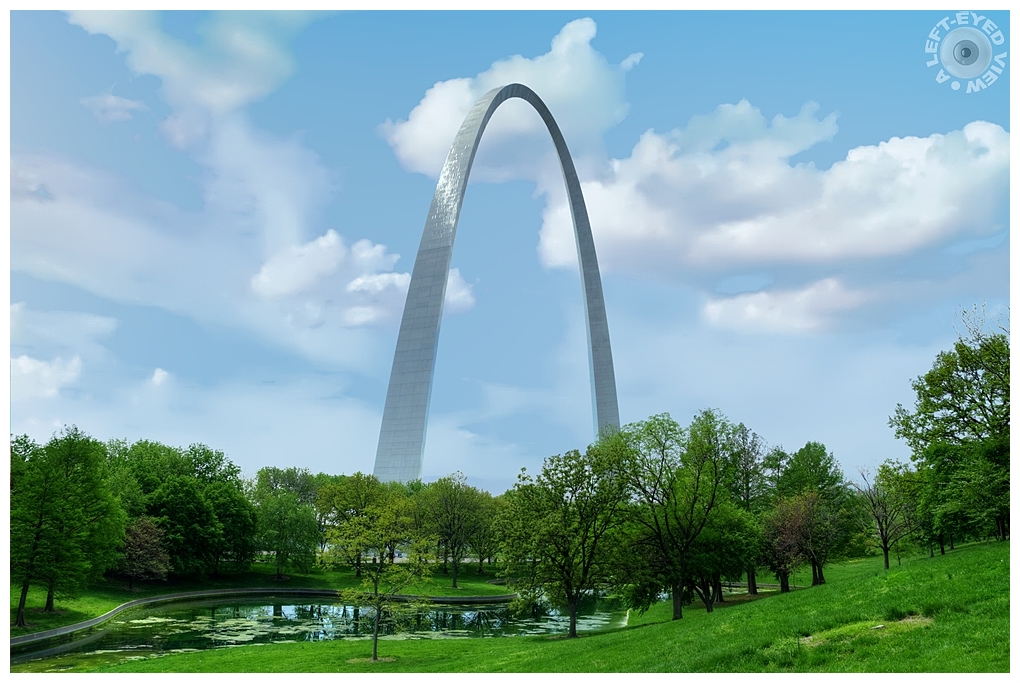 Posted by Steven (Chicagoland, United States) on 5 May 2021 in Architecture and Portfolio.

The Gateway Arch is a 630-foot (192 m) monument in St. Louis, Missouri. Clad in stainless steel and built in the form of a weighted catenary arch, it is the world's tallest arch, the tallest man-made monument in the Western Hemisphere, and Missouri's tallest accessible building. Built as a monument to the westward expansion of the United States, and officially dedicated to "the American people," the Arch, commonly referred to as "The Gateway to the West" is the centerpiece of Gateway Arch National Park and has become an internationally recognized symbol of St. Louis, as well as a popular tourist destination.

The Arch was designed by Finnish-American architect Eero Saarinen in 1947; construction began on February 12, 1963 and was completed on October 28, 1965 at an overall cost of $13 million. The monument opened to the public on June 10, 1967. It is located at the site of St. Louis's founding on the west bank of the Mississippi River.

What a fine shape - it is very beautiful, Steven

This is one of the best images I've ever seen of this landmark, Steven. BRAVO.

Handsome construction. It feels especially nice that the designer of the arch is Finnish. Finland has perhaps the most famous and newest museum of modern art, Kiasma, in Helsinki, designed by the US architect Steven Holl.

Such an amazing arch, lovely shot

Amazing structure ! Thanks for sharing

Fantastic! This could well be a brochure cover!!

What an impressive monument ! ! !
Wonderful how you portray this.

This is just superb Steven. 5*

A monument which seems so subtle but huge and impressive at the same time. The composition of your photo is so fine that it looks like a photo montage. Great picture!

Beautifully composed. It has been many years since I visited St Lous.

Lovely point of view with a nice foreground for the arch. I would love to see this in person.

My daughter used to see this from her office every day.

A lovely image of this great arch gleaming in the sunlight.

A great view of the archl.

that's quite interesting to learn. I've never been there either though have seen photos. You've certainly captured it incredibly well, especially having that lovely highlight on the front edge.

this has a wonderful spring feel to it. Nice job on the unpopulated park and the nice sky.

A gorgeous image of the St. Louis Arch. Beautiful green and magnificent clouds. I went up the arch in 1986. I did not like the tram ride to the top and once at the top, the windows were tiny. I was more than ready to come back down!

It certainly is impressive.

Wow! What a dynamic structure.

.. and it has become an iconic and recognized monument worldwide.

Amazing. Beautiful image of this great monument, the tallest arch in the world. Excellent. :)

somehow this reminds me of a SciFi movie.