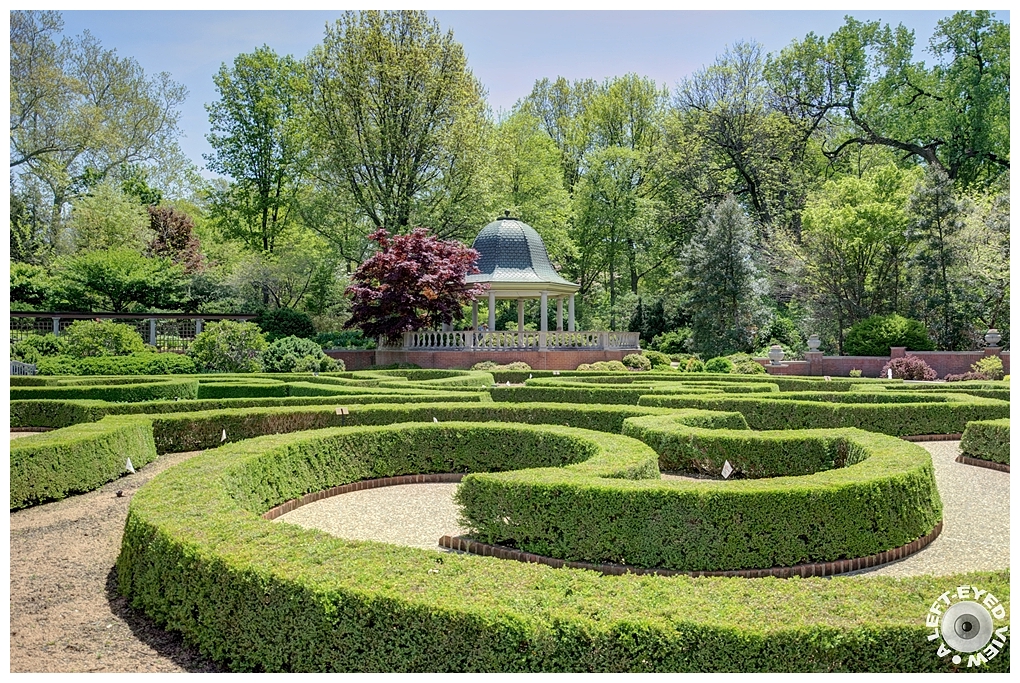 Posted by Steven (Chicagoland, United States) on 6 May 2021 in Plant & Nature and Portfolio.

The Ruth Palmer Blanke Boxwood Garden is designed to display the Missouri Botanical Garden’s outstanding collection of boxwood, which is notoriously difficult to grow in the Midwest. There are 60 unique varieties of Boxwood in the Boxwood Garden. Boxwood has been valued in gardens for thousands of years, from the “pleasure gardens” of ancient Persia and the landscapes of Greece and Rome, to the formal gardens of Europe. There are no native North American boxwoods; the first plantings in this country were made by colonial settlers who imported cuttings from England, France and Holland. Boxwood then moved westward with the pioneers. The elegant beauty of boxwood gives shape, structure and evergreen foliage to any garden setting.

Visitors enter the Ruth Palmer Blanke Boxwood Garden through a handsome open brick courtyard that allows them to see inside the garden. This new opening features a fountain with vertical sprays of water that run continuously. Two entry paths are flanked by perennial borders and boxwoods and wind around brick walls. Visitors discover a formal oval boxwood parterre accented with colorful flowers and ground cover.

Surrounding the plantings at the center of the garden are boxwood borders informally planted to show off the annual display and to provide a framework for the garden. In contrast to the garden’s formality are fountains with random leapfrog jets that jump into the air and arch over the paths, interspersed with round pools with continuously playing vertical jets of water.

I love all the shades of green in this beautiful park. Very nice picture
https://labretagneselonmoncoeur.wordpress.com/

Sadly, the Box in this area is being devastated by the Box Moth Caterpillar. That is a magnificent hedging

I wonder how hard it is to keep trimmed...though I normally like things more natural, I see the beauty here.

This is stunning. What a beautiful spot.

Wow..how artistic these hedges look!! Lovely splash of green. And thank you for the history...it is amazing :)))

Stunning view of this formal garden. It looks so well cared for.

An amazing garden that must take an amazing amount of work to keep it so perfect. This is a wonderful image of this delightful display.

"And what do you do for a living?"
"I grow 60 varieties of boxwood in Missouri, where it is notoriously difficult to grow boxwood."
That would be an interesting conversation.

Absolutely gorgeous! What a beautiful place. From the many times that I have been to St. Louis to visit relatives, I have never been or even heard of the botanical garden there. I will need to go the next time I visit St. Louis.

That is so nice but I would get lost in there.

How lovely, Steven. Can you imagine what it looks like from above!

Oh, this is a beautiful park

that maze of boxwood is immediately eye-catching. I didn't know any of that about boxwoods. They are ubiquitous in this area (the west coast), used primarily as hedges and for borders. This particular display looks really beautiful the way they've grown and trimmed it in these appealing curves.

When there is perseverance, even if the conditions are not ideal, everything is achieved.

Oh I think I would like this place!!! Thank you so much for your information! I love your photo!