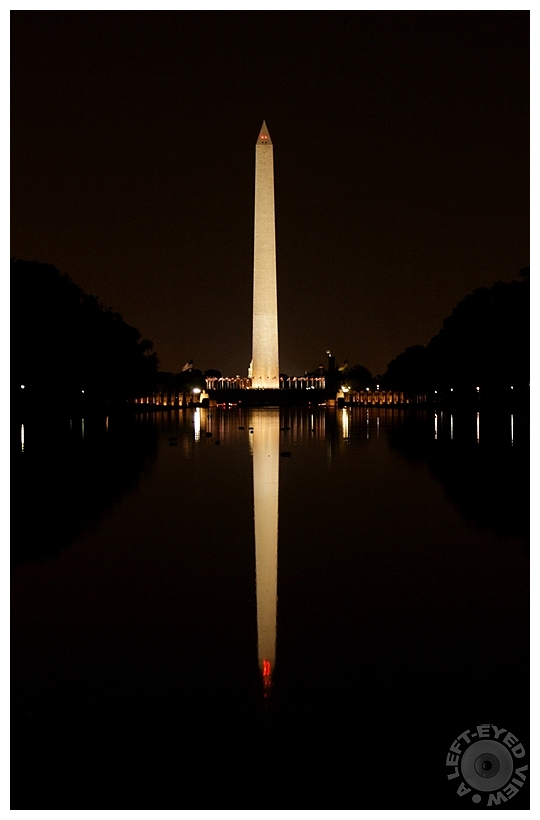 Posted by Steven (Chicagoland, United States) on 2 June 2021 in Architecture and Portfolio.

The Washington Monument shines in the National Mall Reflecting Pool in Washington, DC.

The Washington Monument was built between 1848 and 1884 as a tribute to George Washington's military leadership from 1775-1783 during the American Revolution. Its construction took place in two major phases, 1848-58, and 1876-84. A lack of funds, political turmoil, and uncertainty about the survival of the American Union caused the intermittent hiatus.

I would be thrilled if I ever saw it like this, Steven, let alone captured it!

Really fabulous image. Clearly everyone will get the point. :))

Waaauw...beautiful is this evening view

How I dream of such a calm, beautiful, world such as depicted in your image. GOD BLESS THE USA. I remember how pretty the area is at night. Crossing Memorial Bridge with all the monuments lighted up...it sent "good chills" down my spine.

Excellent night shot of the Washington Monument and the reflecting pool.

A beautiful image of the monument and its reflection.

Wow. That is superb.

A magnificent image of the Washington Monument. I love the view at night with the reflection. I have not been downtown for a while.

I've always loved this monument... we could see it from my grandparents 34th floor apartment. This is a really beautiful image, Steven... well done!!

A faultless photo.
Perfect harmony between real and reflection.
Beautiful night time capture of this monument.

Beautifully photographed. I hadn't known that -- or anything really -- about the building of this monument. The USA has a great number of significant monuments.